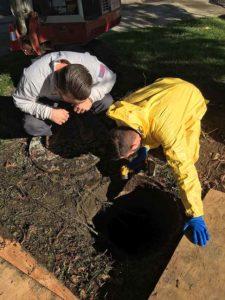 It wasn’t just another typical morning for Bonney 5-star certified plumbing technicians Dustin and Robert.  A loyal Bonney client was having a troublesome mainline sewer back-up at their business. Dustin and Robert drove out to the location and discovered a manhole near the property was backing up. When Dustin removed the manhole cover he could see a large amount of roots growing and filling the manhole. This was no typical commercial back-up….Dustin had a feeling in the pit of his stomach that this could be a big one. How big? He really wasn’t sure. Dustin’s instincts told him he was about to pull out something extraordinary.

Dustin and Robert leapt into action by bringing out the Big Guns!  They used the trailer mount hydro-jetter from the neighboring businesses manhole to restore flow and washed most of the sewage and debris buildup through an open sewer line to view the tree root intrusion better. Dustin and Robert cut four large roots and then hooked it to the excavator to pull the big beast out of the manhole.  They lifted  the enormous root ball partially out of the manhole and then put another chain in the belly of the beast and wrapped the middle root mass. 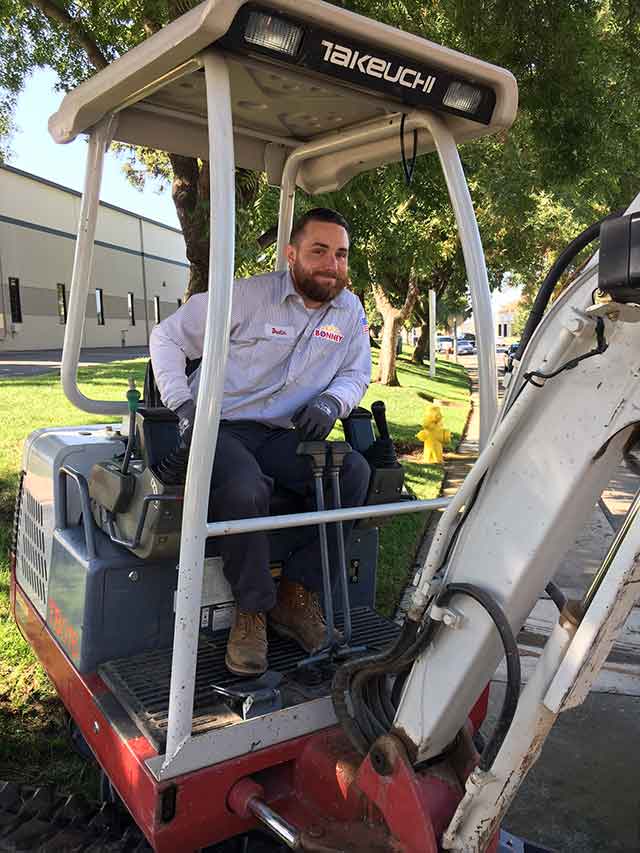 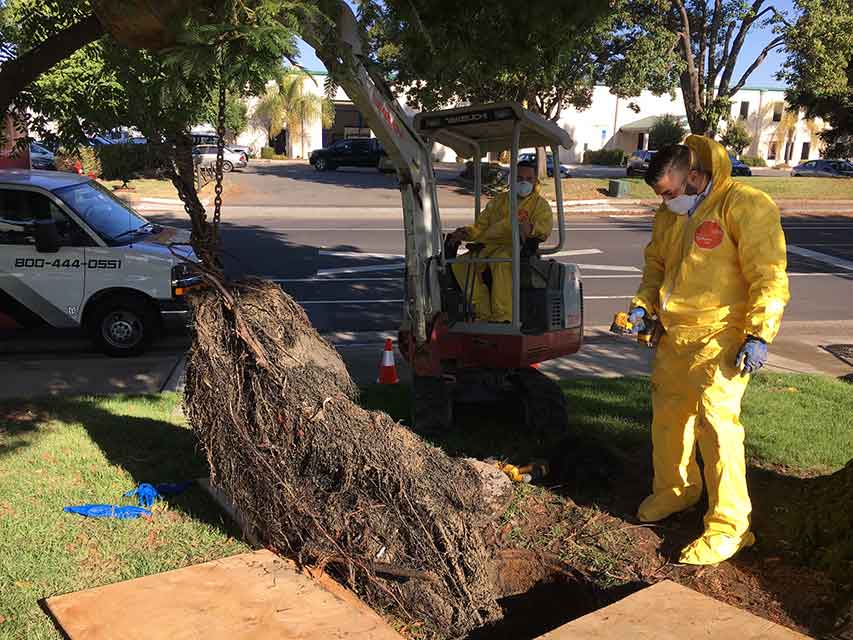 Dustin methodically tugged and pulled the excavator side to side til the giant powerful roots ripped apart. You could hear the mighty roots being ripped apart by the herky jerky motion of the excavator until there was a complete break in the roots. Dustin hollered through his respirator mask, “That’s gnarly, bro!” 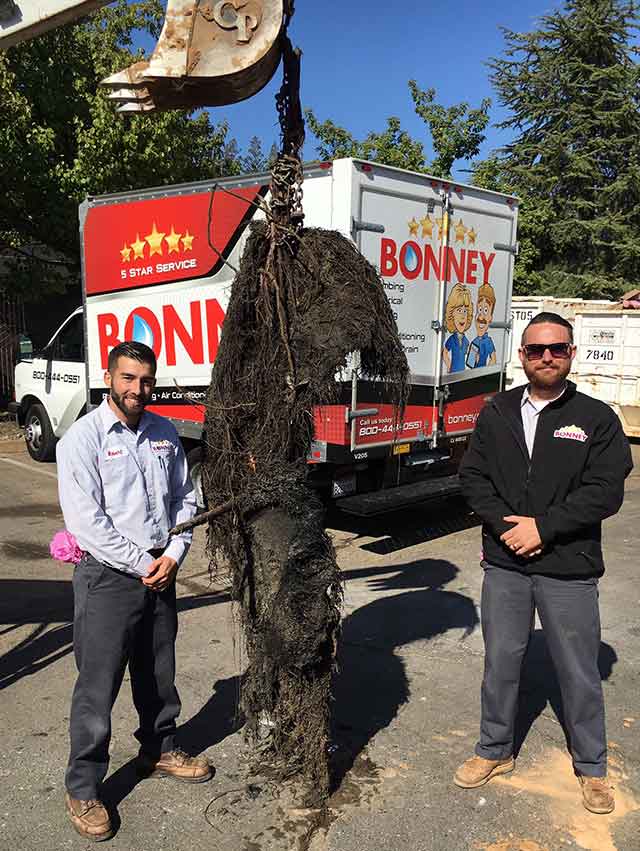 Not sure if the massive tree roots are big enough to call the guys at Guinness Book of World Records but Dustin said, “In my six years at Bonney, I’ve never seen a mass of roots this big!” It was approximately 6 feet in height and three feet in diameter, and weighed over 100 lbs.  “We’ll probably never find one this big”, Dustin added.

Once the giant root ball was pulled up and hanging from the excavator’s hook, passing motorists were slowing down and taking a long look at the giant slab of root mass hanging from hook.

One of the employees came out to get a closer look of what Bonney pulled out of the sewer and was astonished.  “That was in there??” Jett asked incredulously. “We called Bonney and they came out the immediately, no delay. I got your card on file now, buddy!” He said to Dustin.

Bonney ran a camera through the cleanout of the commercial building and found that there was no damage to the sewer line itself. Dustin and Robert were both excited about the enormity of the root ball but also happy that they were able to help out a loyal Bonney client.

A tree roots primary function is to find water and nutrients to feed the tree. Tree roots can be very aggressive in their search to find moisture, especially during dry weather. Once a tree root finds moisture and nutrients they grow towards it with vigor causing headaches for homeowners and business owners. All sorts of debris can then get caught in the roots , eventually leading to a complete obstruction or even breakage of the sewer pipe.  That’s why Bonney recommended the business have their manhole and sewer line serviced annually to clear out any roots growing from the top to avoid future back-ups.

No matter how big or small your sewer line clog may be, if you suspect a main sewer line clog and you want 5-star service, call Bonney Plumbing, Electrical, Heating and Air at 800-444-0551.