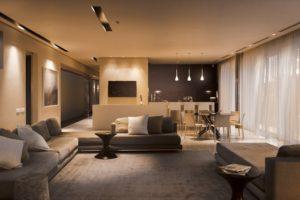 LED is the common abbreviation for light-emitting diode. LED lights are fast becoming the preferred choice of lighting due to their many advantages over conventional incandescent and fluorescent lighting.

LED’s are notable for being extremely long lasting. LED bulbs have an average lifespan of 11 years or more. Which means you won’t have to get on a step ladder and change out a light bulb every few months. Many LEDs have a rated life of up to 50,000 hours, which is approximately 50 times longer than a typical incandescent bulb and 8-10 times longer than a CFL bulb.

LED lights are very energy efficient. They use just 10 percent of the energy of incandescent lights and less than half the energy of compact fluorescent bulbs. An LED that uses 6 watts of electricity produces the same amount of light as a 14-watt CFL bulb or a 60-watt incandescent bulb. According to the U.S. Department of Energy, electricity used for artificial lighting in the U.S. could be cut by nearly half by 2030 through the adoption of high efficiency LEDs.

There are many other additional benefits to LED lighting:

Although LED lighting may have a higher initial cost than incandescent and compact fluorescent light bulbs, the cost is quickly recouped over time in lower electricity costs.

Think about it. The same LED technology that lights up the Times Square Ball can also be used to brighten your home.